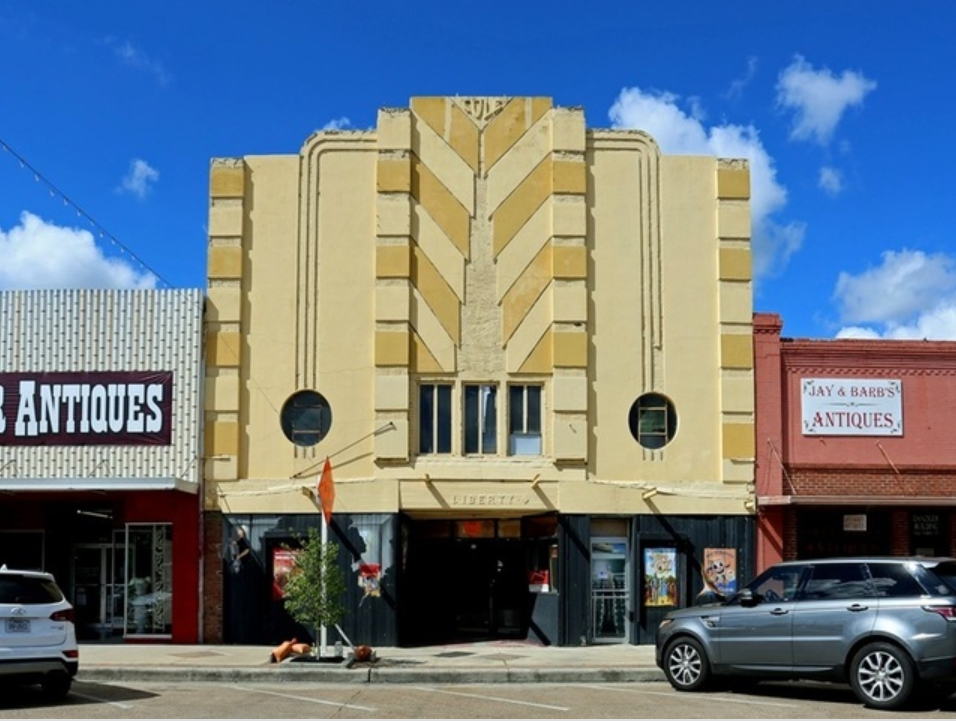 Cole Theatre during the 1900s was the place to hang out to catch the latest movie or to attend a community event with friends, family, boyfriends and girlfriends.  It is now a nostalgic after-thought as it’s been closed for decades.  Cole had an indelible impact upon Rosenberg and memories remain, so much so that, according to rumor, the interior is haunted by those who just can’t seem to let go.

To help revitalize downtown Rosenberg, the current owner hired us to enliven the façade and create conversation by simulating from a distance that the building interior is being restored and the theatre is once again operational.

Through our simulated half-removed weathered wood façade, our image incorporates a contractor restoring the interior in the midst of freshly-popped popcorn that awaits the next order.  Weathered exterior posters advertise the showing of classic cinemas.   This was a fun project, and an amazing experience, especially when you consider . . .

. . . The Apparition . . . one Saturday afternoon, in the midst of Pablo’s exterior image creations, he heard the front door slam shut behind him.  Pablo saw that the unlocked door remained closed, with his ladder still leaning against it, eliminating the possibility of the door having been opened or closed.  Pablo quickly removed his ladder and walked into the immediate interior to assess the occurrence.  Pablo saw the back of a medium-build Hispanic man in jeans with his head turned to face Pablo, as he walked forward into the dark building interior.  The Apparition nodded to Pablo in an apparent salutation, then disappeared, not to be seen again.  Pablo attributes his observation to genuine apparition and not Texas heat overexposure.  Very strange, indeed! 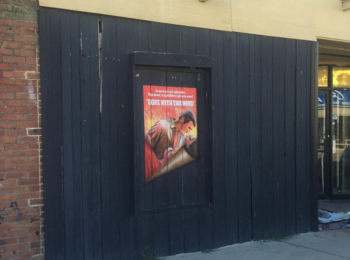 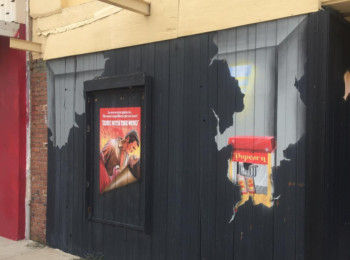 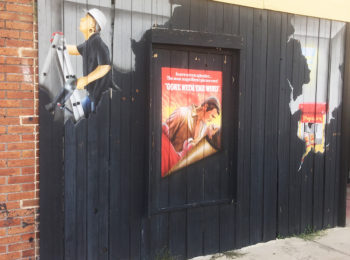 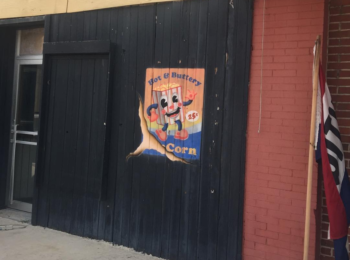 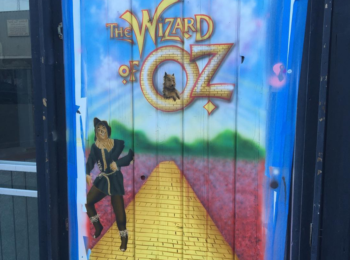 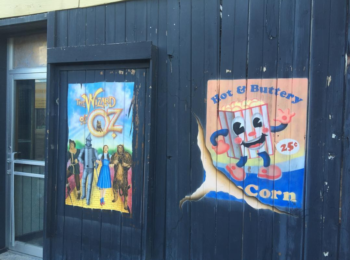 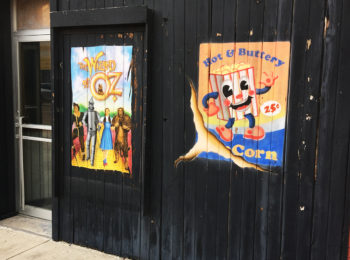