Ever seen a world-class Olympic sprinter compete?  That chiseled specimen of a human being whose seemingly effortless and expressionless glide through the air captivates and inspires like no other?  Unbelievable!  How is that even possible?

Some psychologists assert that it takes, at minimum, 10,000 hours of gut-wrenching blood, sweat & tears for a performance that lasts mere seconds.  Seriously?  That’s nuts!  Who with any semblance of sanity would do that?  One driven by passion, that’s who.  The passionate drive towards athletic perfection, by comparison, dwarfs the years of painstaking 5 am pushes through unbelievable exertion—sheer abuse by “normal” standards.  The athlete reaches deep within to find just an ounce of more, right when the body screams, “There is no more!”  “I can’t” doesn’t exist in the vocabulary.

Pablo is just like that Olympic sprinter.  Uh, no . . . not the chiseled physique, but rather the intense drive to develop a world-class skill.  Our “chisel” doesn’t exist—we both consume our fair share of tacos, but that’s a different story.  No one is born a world-class sprinter or muralist.  It takes practice and practice, including practice once practice is over.  When your friends are having a good time hanging out, you’re away at practice.  Commitment?  No doubt.

You can link here to OUR STORY and explore some of Pablo’s history.  I recall as a young child sibling challenges where we four would pencil-draw the ordered Disney character—not just anyone can draw Mickey on the toilet.  Except for Pablo, all that we siblings draw today are flies!  Our silly exercise clearly ignited Pablo’s flame because he has never stopped drawing.  Not once.  From cartoon characters to realistic wildlife, over the course of many years, his pencils still shake & bake.

Pablo would spend hours studying and trying to replicate with pencil wildlife photos in books and magazines.  How can I shade, blend, fade and properly proportion to show depth?  How can I draw this animal so realistic that you might mistake the print for a photograph?  In his own quest for Olympic Gold, Pablo’s training exceeds the ten-thousand-hour threshold.  Greatly.

Intrigued by the quality of paint application with the air gun in his high school years, Pablo began using a different Olympic training facility—cloth and the air gun.  His training regimen was the same—hours and hours at malls and fairs studying airbrush artists paint t-shirts, sweatshirts and canvas.  How do I regulate the air-to-paint flow, and how do I determine the proper gun-to-surface distance, to enhance realism?  As with pencil, how can I manipulate the air gun to shade, blend and fade to depict amazing depth?  Pablo was fascinated by the potential of an airbrushed image void of brushstroke imperfections.  We all recognize the incredible talent of the paintbrush artist—amazing!  But the paintbrush was just never Pablo’s weapon of choice. 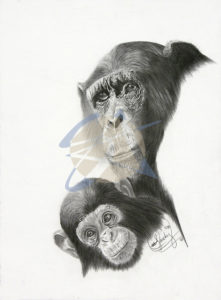 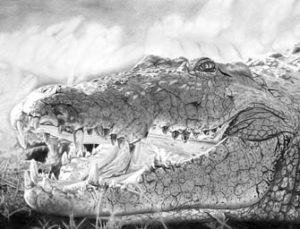 Pablo twice applied (and was accepted) as an entrant in the renowned but now defunct Houston International Art Festival as a pencil fine artist.    Pablo’s talent received national and international recognition.

Pablo’s competition today is internal—the challenge to improve the quality of his creations, one at a time.  He’s always open to change and anything new.  Pablo employs the same attention-to-detail in his Mural Creations as he does in his pencil drawings.  “I just get so excited doing this, and the final product gives me crazy satisfaction!”  How many of us, like Pablo, actually do what we love to do?  As a sibling and business partner, I might be more in tune with Pablo’s artistic life than anyone else.  I’m blown away by the countless hours he enthusiastically devotes to his craft, especially after all these years.  You would think he just started a new job.  Pablo defines passion with action. 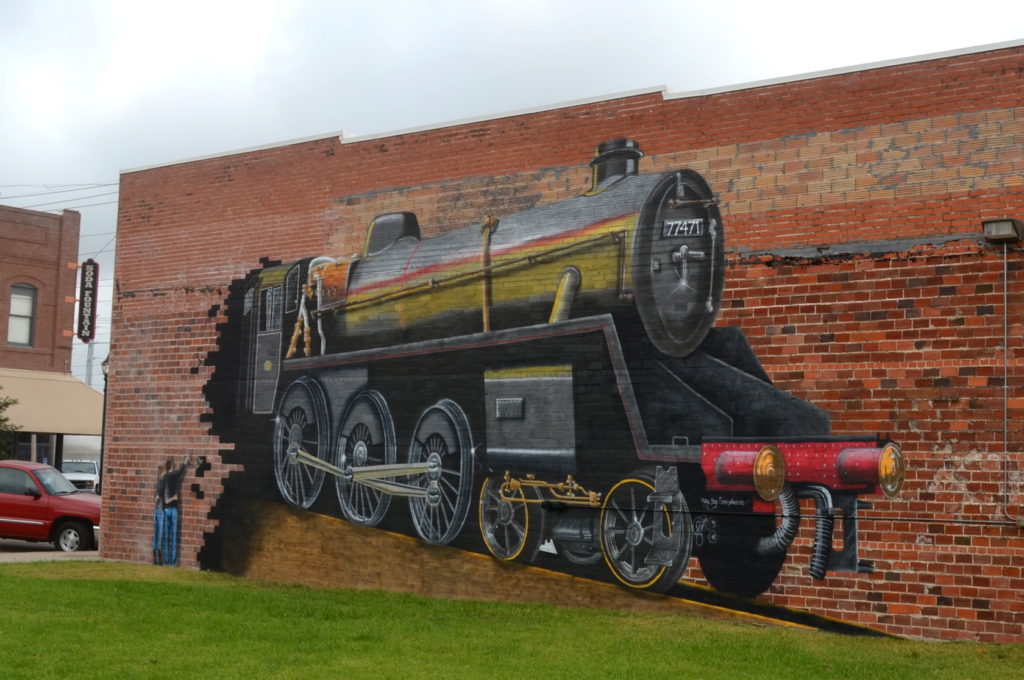