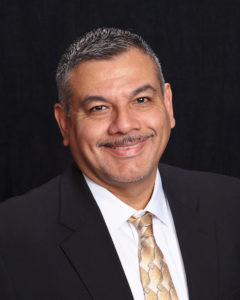 Pablo is an accomplished pencil fine artist and muralist whose start began with pencils during childhood.  Pablo’s passion gravitated from cartoon characters into a world of Realism which incorporates large-scale murals with the airbrush.  It was Pablo’s life experiences and artistic passion that led to his development of a unique large-scale mural process which replicates a chosen image with astonishing accuracy.

It once occurred to Pablo that the automobile is the ultimate in paint perfection as application happens with the air gun, and without visible brush strokes . . . wow!  In high school, Pablo invested in an airbrush system and started to develop new skills.  Meanwhile, his pencil work continued marching forward.

Pablo’s artistry was his full-time “side business” during his 25+ years of “regular” employment in all facets of the print industry.  In the 90s, Pablo developed basic editing and graphics skills with software like Photoshop and Illustrator and began creating images for his art customers, and his own advertisements.  Pablo served three years in the US Army where, wisely, his skills as a graphic artist were put to good use.  Over time, Pablo incorporated into his art repertoire his techniques of dimensioning, layering, shading and perspective, along with a keen sense of realism, to illustrate depth and turn 2-D images into 3-D.

After countless t-shirts, motorcycle gas tanks and car hoods, Pablo began receiving greater requests for wall murals whose size only seemed to increase.  Pablo had another epiphany—to combine his superior airbrush skills with his knowledge of graphics and the print industry to create his own stencil as the backdrop to his paint application, knocking the accuracy piece outa the ballpark!  It’s difficult for an artist to re-create an image with substantial accuracy that is 35 feet high, measuring 25 feet wide by 75 feet long.  In 2005, Pablo built his first large-scale stencil, created a large mural with incredible accuracy, and the rest is history!

In 2009, five of Pablo’s wildlife pencil art pieces were among almost 5500 international entries that were judged in a competition for visual illustration.  Each of Pablo’s five pieces were selected and showcased in Communication Arts’ 50th Annual Illustration publication.  Wildlife remains a pencil favorite. 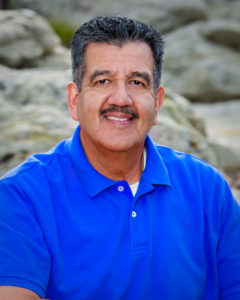 Growth brought Pablo’s brother and US Army veteran Ronaldo into the fold.  Ronaldo is also a veteran of the business world and today helps with management of the operation.  Simply Artistic continues to inspire the masses with the quality of its large-scale murals.  Mural recipients include businesses, gymnasiums, academia, hospitals, dental centers, and on occasion mom & pop.  Simply Artistic works closely with builders, designers and architects on new construction projects necessitating murals.  Although the majority of Pablo’s mural creations are 2D, such as trademarked business or athletic logos, Pablo is quick to inform, “I can replicate anything you want!”  He incorporates the same attention-to-detail into his murals as he does in his pencil drawings.  The Simply Artistic process is as inspirational as the actual creations, which stimulate the masses for timeless admiration.

Simply Artistic recognizes the importance of environments, whether a business or school, a hospital or visitor center—your environment matters greatly.  Quality large-scale visual art can have a profound impact on viewers, particularly in a group setting.  Murals draw attention to your environment, temporarily alleviate the infirm, inspire spirit and energize.  We’ve seen murals inject enthusiasm into isolated and lonesome days.  It is equally energizing to Simply Artistic knowing our contribution, however slight, may have a favorable and lasting impact upon others.  This is exactly why we do what we do.