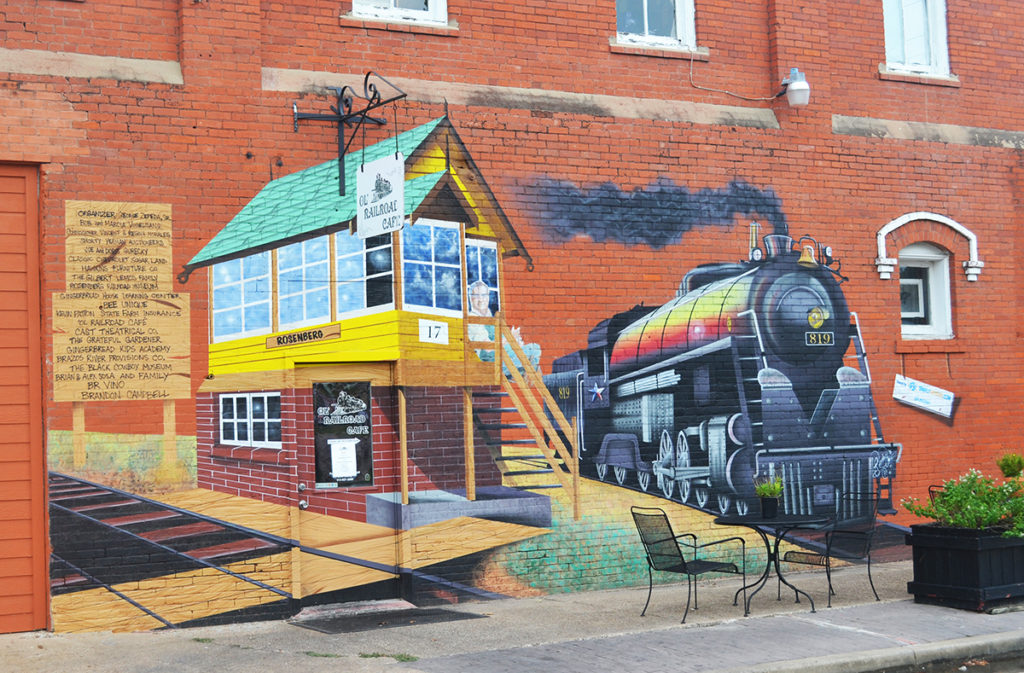 Rosenberg became a headquarters for the New York, Texas and Mexican railways in the late 1800s.  Downtown Rosenberg continues to highlight some of its rail history through art and other revitalization endeavors.  The Ol Railroad Café sought to do just that with a railroad-themed image upon its exterior brick façade, one to entice visitors and patrons alike.

What existed previously on the brick façade was the image of an old stagecoach over the single café entrance door, pulled by two white horses.  The gentleman seated atop the stagecoach bears some significance to the establishment, we believe a previous ownership interest.  Current ownership wanted to leave the gentleman image undisturbed, and in some fashion incorporated into the new image creation.  Pablo’s proposed suggestion was accepted, and was ultimately created.  The old brick was very porous and did consume plenty of paint.  The owner was pleased with the outcome. 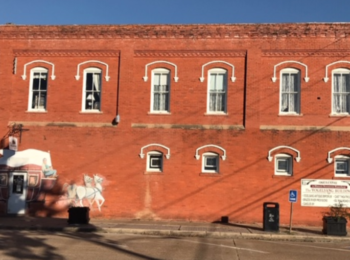 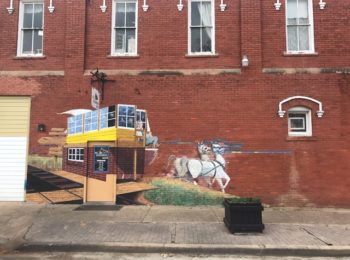 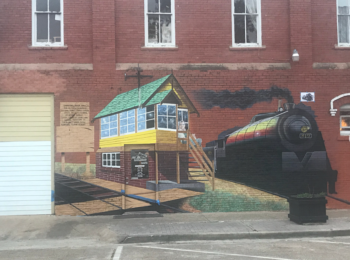 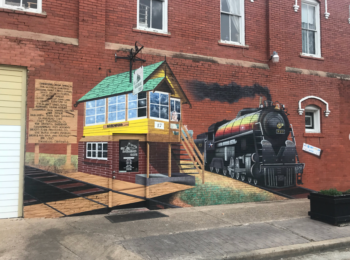 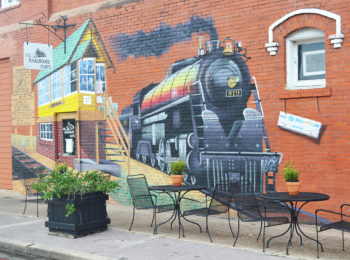